The Gilbert Days festival on Saturday, Nov. 23, has been canceled due to heavy rain, but the annual parade and rodeo will be held rain or shine, organizers said.

The parade down Gilbert Road, which begins at Juniper Avenue in the downtown Heritage District and ends south of Elliot Road, is set to begin at 9 a.m. on Saturday, and the rodeo continues at 7 p.m. at Welcome Home Ranch in south Gilbert.

The Red, White and Blues Festival was scheduled for noon Saturday at the Gilbert Civic Center lawn, in front of Town Hall.

The festival was to include two entertainment stages, one featuring gunfighters and a magic show and another showing local musicians and Blues Brothers impersonators.

Town officials on Thursday evening, Nov. 21, announced the festival would be canceled due to weather, and by the Friday morning, more than an inch of rain had fallen across the Southeast Valley. More rain is expected on Saturday.

Gilbert Town Manager Patrick Banger expressed regret the event had to be canceled after town officials poured much energy into its preparation.

“It’s a shame that our first Red, White and Blues Festival had to be canceled, but I do want to thank the staff. They worked very hard on it,” Banger said.

The Gilbert Days parade and rodeo will go on rain or shine, officials said. Admission is free for the parade, which has a “red, white and blue” theme this year.

The rodeo today and Sunday, Nov. 23, at Welcome Home Ranch, at 26601 S. Val Vista Drive in Gilbert, is scheduled to be held despite the rainy weather.

“It still works,” said Gilbert Promotional Corporation president Ed Musgraves. “There’s no roof, it’s all just up there in the open. The only thing they’ll watch for is if it’s detrimental to the cowboy or to the animal. Then it’s up to the judges to call it and say, ‘We have to stop it.’”

“We hard-packed it with tractors after the barrel racing so that standing water would stay on top and today they’ll redisk it and bring up the softer dirt,” Musgraves said.

The rodeo takes place on sand, which does not retain rainwater.

“There’ll be a few puddles but there won’t be as much as you would see on the road,” Musgraves said.

Read more on the cancellation at AZ Central. 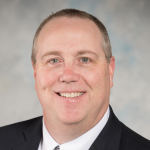