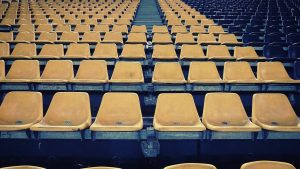 If there were a mantra for the events industry, it would be “Hope for the best, but plan for worst.” There are always going to be things that are out of your control and, while it’s not something anyone wants to think about, in today’s world, no event is immune to the threat of terrorism. When many people think of terrorism insurance, they think of a claim that covers losses due to an act of terrorism at their event. However an act of terrorism unrelated to your event can still have a significant effect and may cause you to cancel the event.

It’s difficult to provide the specific details of terrorism coverage because it varies across carriers. However, it can generally be broken down into three types of coverage: limited terrorism, full terrorism, and political violence and terrorism.

Limited terrorism covers the insured for a forced cancellation due to an act of terrorism that occurs within a specified proximity of the event (typically 50 miles) and a specific time period prior to the event (usually 50 days). Hence, that is why it is sometimes referred to as 50/50 coverage. This type of policy may have covered the Boston Bruins hockey game the evening of the Boston Marathon bombings as well as the Boston Celtics basketball game the following evening. When offered as part of the base event cancellation policy, it is typically offered for half the aggregate limit of the coverage and additional amounts may be added with additional premium.

Full terrorism coverage provides cancellation coverage due to an act of terrorism that occurs with no limit to the geographic proximity or time frame of occurrence. For instance, after 9/11, all air traffic was grounded for three days. If you had an event in Chicago–nearly 800 miles away from New York City–that may have caused you to cancel the event. Full terrorism usually comes with an exclusion for nuclear, biological, and chemical attacks (N/B/C) but some carriers offer to remove that exclusion, for additional premium.

Political violence and terrorism (PVT) coverage is a separate, standalone insurance policy that covers war, terrorism and political violence. It excludes most other perils, such as adverse weather, that could cause a cancellation. It covers the cancellation of an event due to terrorism or the threat of terrorism, civil commotion, riot, war, insurrection, malicious damage and strikes. PVT coverage can be purchased in conjunction with the standard cancellation policy as well.

One benefit to note is the coverage for riot and civil commotion perils, which would provide coverage if a protest got out of hand, for instance. While this would not be considered terrorism under other coverage options, it is certainly dangerous and could definitely force the cancellation of an event. Additionally, while war coverage may seem farfetched at first, if the event is outside the U.S., it could be an issue.

If you’re still unsure which type of terrorism coverage you need, we typically recommend that, at minimum, insured parties consider the 50/50 coverage for the full limit of the policy, if offered. If you have any questions, would like advice or want to request a quote, feel free to contact us anytime.

Product availability is subject to licensing by jurisdiction. For claims services, to find out whether or not a claim is covered, and to what extent a particular loss is covered depends on the facts and circumstances of the loss and the language of the policies as issued. Actual coverage is subject to the language of the policies as issued. Policy benefits vary by carrier.