If you haven’t already heard, December 2021 was the hottest December in U.S. recorded history. The contiguous U.S. temperature for the month was 39.3 degrees Fahrenheit , 6.7 degrees above average and exceeding the previous warmest December in 2015. While you’re probably unfazed by this news, since it seems like we break a new climate record every month, the fact remains that the planet is warming. And it’s causing changes in weather patterns around the globe.

For 2021 as a whole, the average contiguous U.S. temperature was 54.5 degrees Fahrenheit, 2.5 degrees above the 20th-century average and the fourth-warmest year in the 127-year period of record. The six warmest years on record have all occurred since 2012.

Other noteworthy weather events for 2021 include 20 separate billion-dollar weather and climate disasters. The following 20 events, each exceeding $1 billion, put 2021 in second place for the highest number of disasters in a year, just behind the 22 billion-dollar events in 2020: 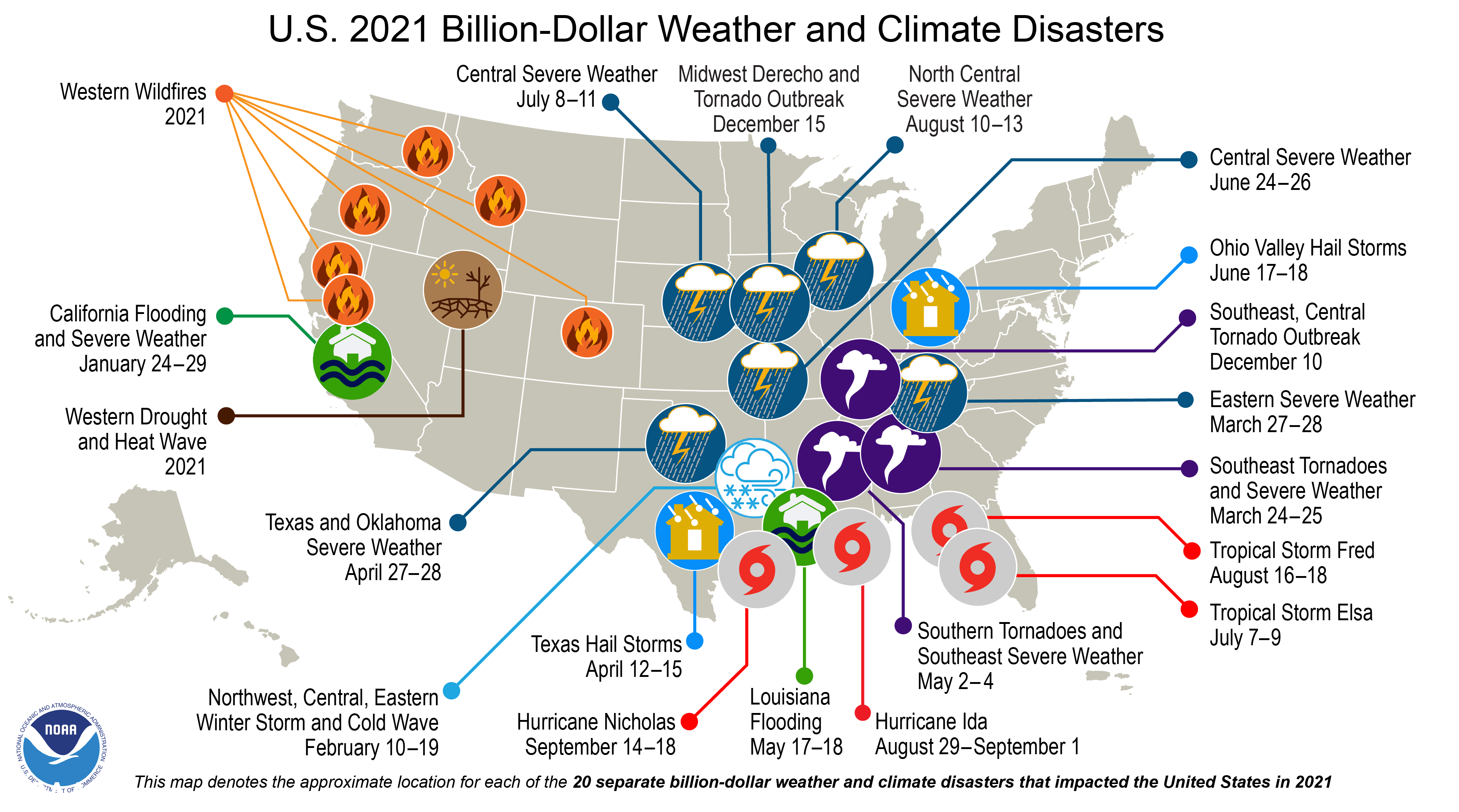 These 20 disasters resulted in approximately $145 billion in damages, exceeding the total damage of $102 billion from the 22 events in 2020. More significantly, these disasters killed at least 688 people — the most disaster-related fatalities for the contiguous U.S. since 2011, and more than double 2020’s number of 262.

What all this means for those in the event planning business—in addition to the hard-learned truth that weather can be dangerous and expensive—is that it’s becoming less reliable to use historical weather data when planning an event. No matter the location, no event is immune to weather complications.

We have new clients coming to us who, historically, have never seen much need for weather insurance. For example, summer music festival organizers out west who would laugh at the notion of a rained-out event, but are now investing in weather insurance because they’ve been burned by the effects of climate change, like unrelenting heat waves and wildfire smoke. Or fair organizers in the southeast, who are concerned about hurricane season growing longer and more intense.

If you’re planning an event in 2022, we’d love to chat with you about your weather concerns and how we may be able to help. Because once COVID cancellations are a thing of the past, we’d hate to see Mother Nature stand in the way of your event’s success. Email [email protected] or give us a call at 816-810-2346 to learn about your options.