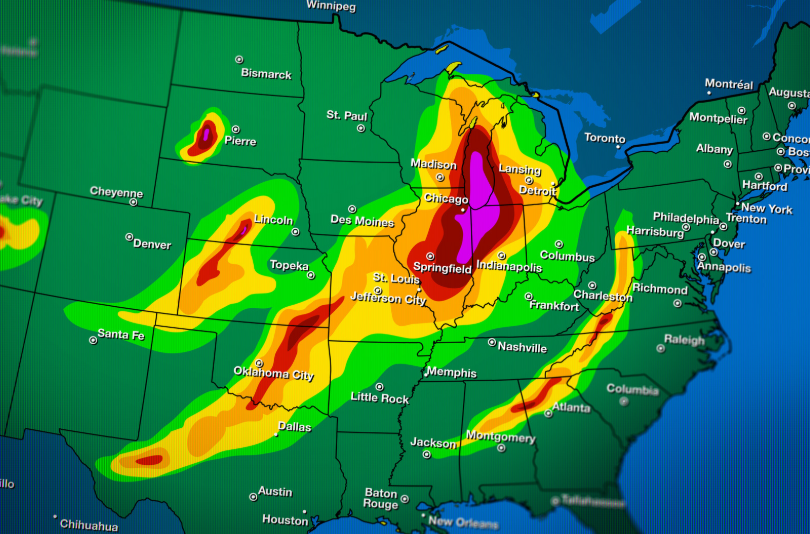 When purchasing a rain insurance policy, the ultimate goal is to have that policy pay a claim when rainfall meets or exceeds your insured amount. Most carriers allow for three options to determine the rainfall: an on-site observer, the nearest National Weather Service location (typically an airport), or a third party that will determine rainfall using multiple data sources, most notably, Doppler radar data.  However, there is a recent addition: gridded rainfall data produced by the federal government.

Insurance that utilizes localized gridded data to calculate rainfall within a 2.5-mile square box that includes the actual insured location should be considered only with an abundance of caution. Here’s why: a 2.5-mile square grid box constitutes 4,000 acres. The average golf course is less than 200 acres, 5 percent of the grid space, and the average fairgrounds size is less than 100 acres, or 2.5 percent of the grid area. Imagine the ramifications of an isolated rain shower at your fair, festival, racetrack or golf tournament, which results in little to no rain for the vast majority of the rest of the grid.

Assume that you have a rain insurance policy that would pay a claim should you receive 0.25 of rainfall.  On the day of your event, a thunderstorm rolls through and the resultant rainfall is 0.60” at your event.  You would think that your rain insurance policy would pay your claim. However, if that thunderstorm resulted in a 0.60” rainfall over only one-third of the grid space, the spatially averaged rainfall for your particular grid is 0.20”. You would have no claim paid on your 0.25” policy. This is also why the premium for such coverage tends to be less; claims based on the average rainfall over a 4,000-acre grid are less likely.

Let’s consider a second scenario, one where your event location may lie in two neighboring grids.  In that case, which grid should be used?  Will it be the grid in which the entrance to the property resides?  Will it be the grid in which the golf course clubhouse is located? Will the grid that houses the majority of the property be used?  What are the ramifications if it rains heavily on one grid, but not in the other grid which, unfortunately, is the location assigned for your policy? This problem compounds itself if your event property is in three or even four grids! And who gets to choose the grid? You? The agent?  As you can see, there are a lot of questions, all of which should raise concern.

At Spectrum, we always recommend that if the nearest National Weather Service location is more than a mile from your event, it should not be used as your choice of the rainfall settlement option. In those cases, we recommend an independent, on-site observer be utilized to measure the rainfall. The third option, a third-party company, is also a great choice and is the most used option. Regardless of which of these three options are used for your coverage, all are better choices than an averaged, gridded rainfall value.